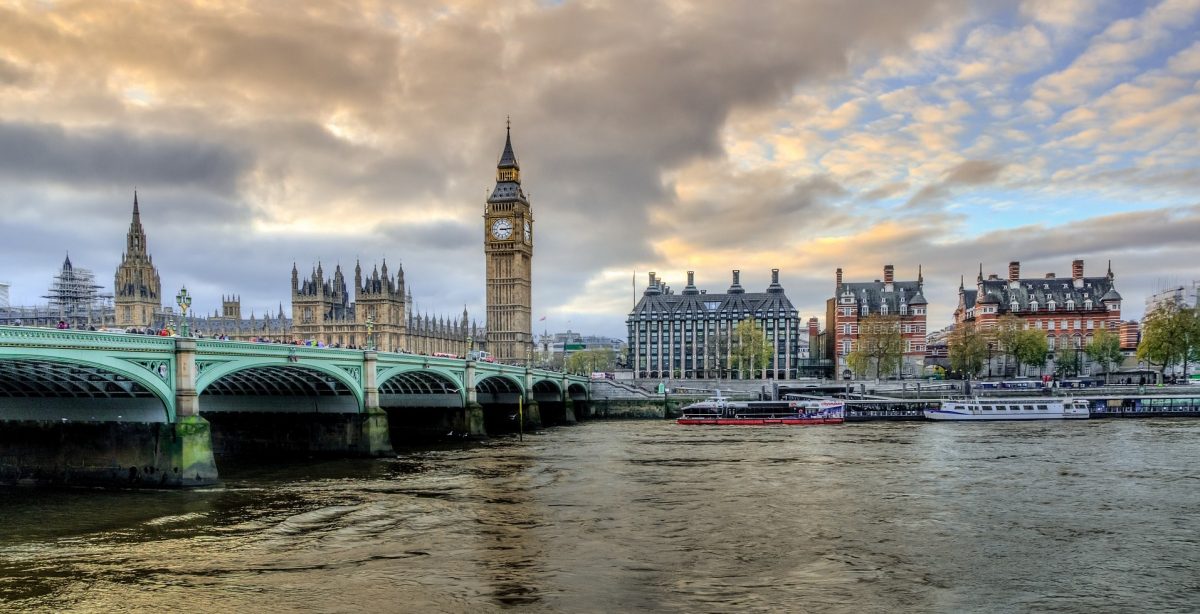 Several members of the Duke Learning Innovation team headed to London for the 2019 Coursera Partners Conference. The conference brings together educators and leaders representing over 180 global universities, organizations and companies. Here are some of our top takeaways from the conference. 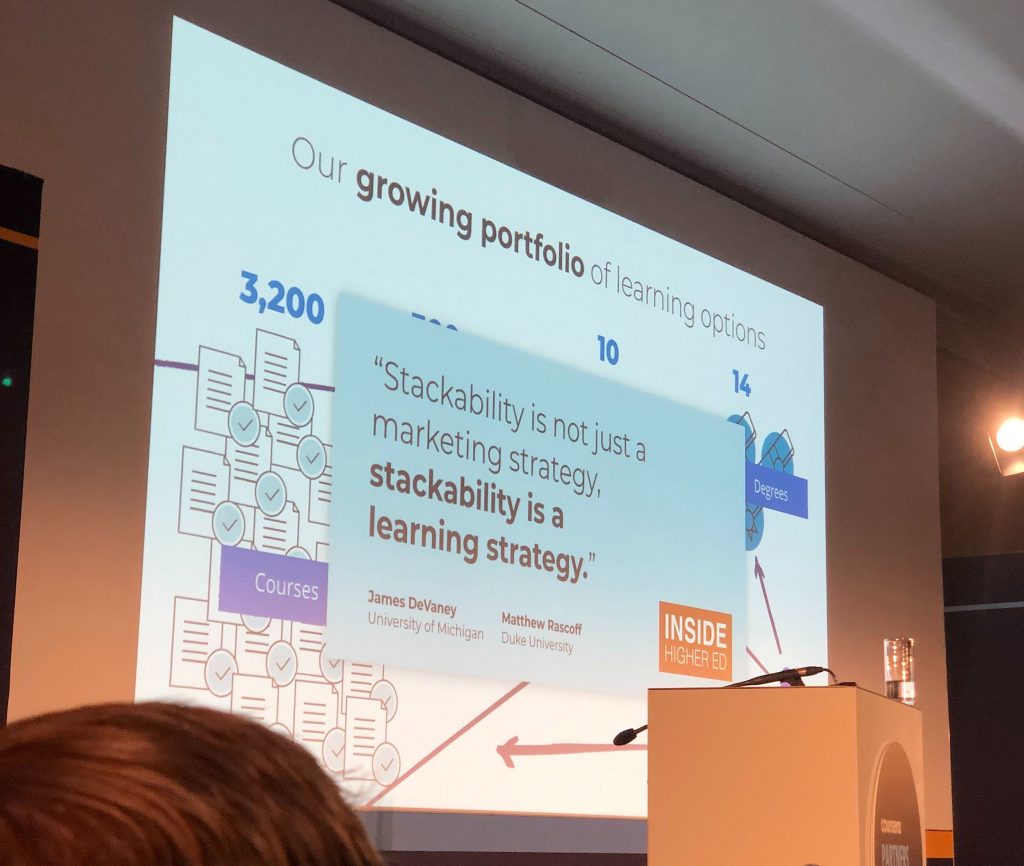 In addition to learner and program growth, Coursera also shared a few new things happening with the platform itself:

At this year’s conference, Coursera was clearly focused on highlighting degrees above all their other educational products for higher ed. A couple of breakout sessions featured leaders from universities that are offering degrees on Coursera sharing what that experience has been like.

AI and machine learning on center stage and behind the scenes

Much of the conversation at the conference was related in some way to artificial intelligence and machine learning: how it will impact the future of work; what it means for educational institutions. Andrew Ng, a computer scientist and one of Coursera’s original co-founders, gave a keynote on AI and the future of learning. Ng said AI will be the new electricity, transforming the world. He also described AI as “automation on steroids.” He made a distinction between artificial narrow intelligence (like smart speakers and self-driving cars) and artificial general intelligence (which could do anything a human can do). According to Ng, we are nowhere close to having artificial general intelligence. Our fears about evil sentient robots, according to Ng, are overblown.

Our fears about AI disrupting the world of work, however, are not. Anything a typical person can now do with less than a second of thought can probably be automated. There’s a global shortage of people with skills in AI. Ng sees potential in AI, though, for offering personalized career advice or sophisticated writing and editing help. 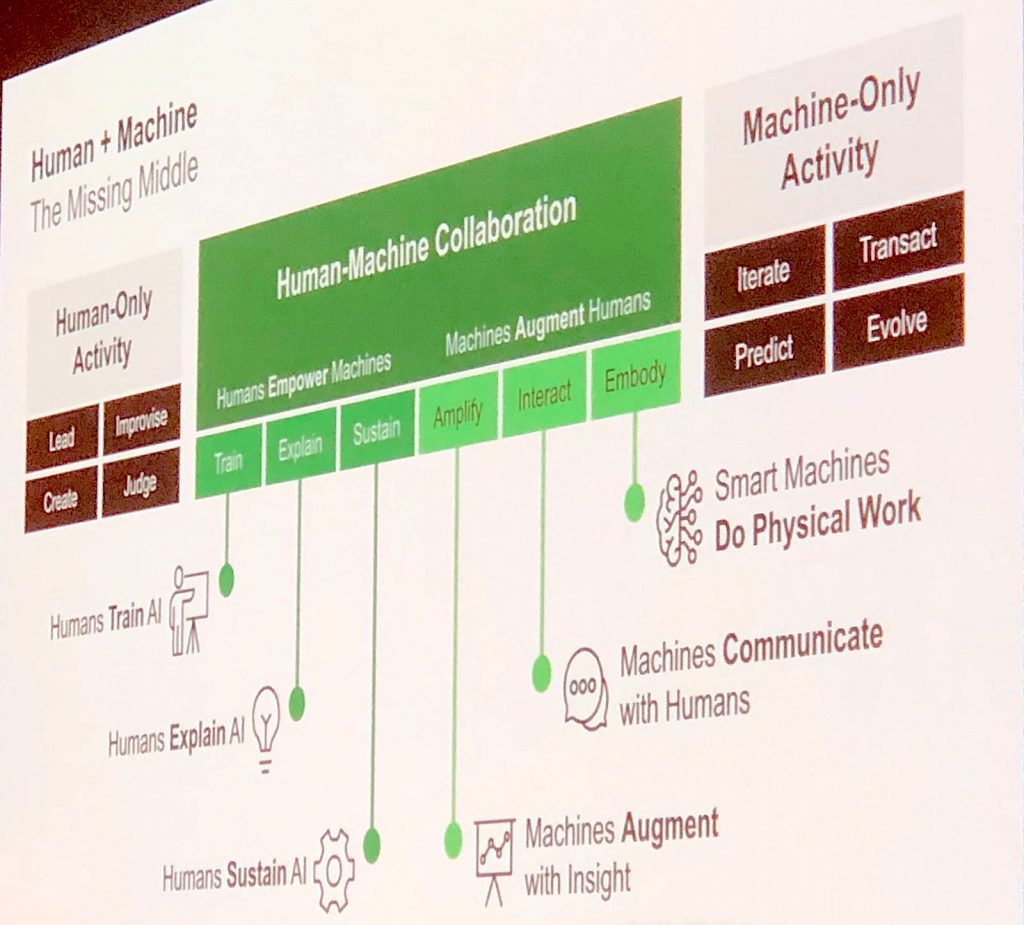 Coursera shared about their many experiments leveraging machine learning to improve it’s own platform. One particularly interesting effort uses machine learning to reduce drop-off rates in Coursera courses. Coursera looked at its enormous cache of user data to analyze drop-off behavior. They found drop-off clusters early in a course and during graded assignments. They also identified three kinds of learners they primarily see dropping off in courses, which they call dabblers, explorers, and non-starters. 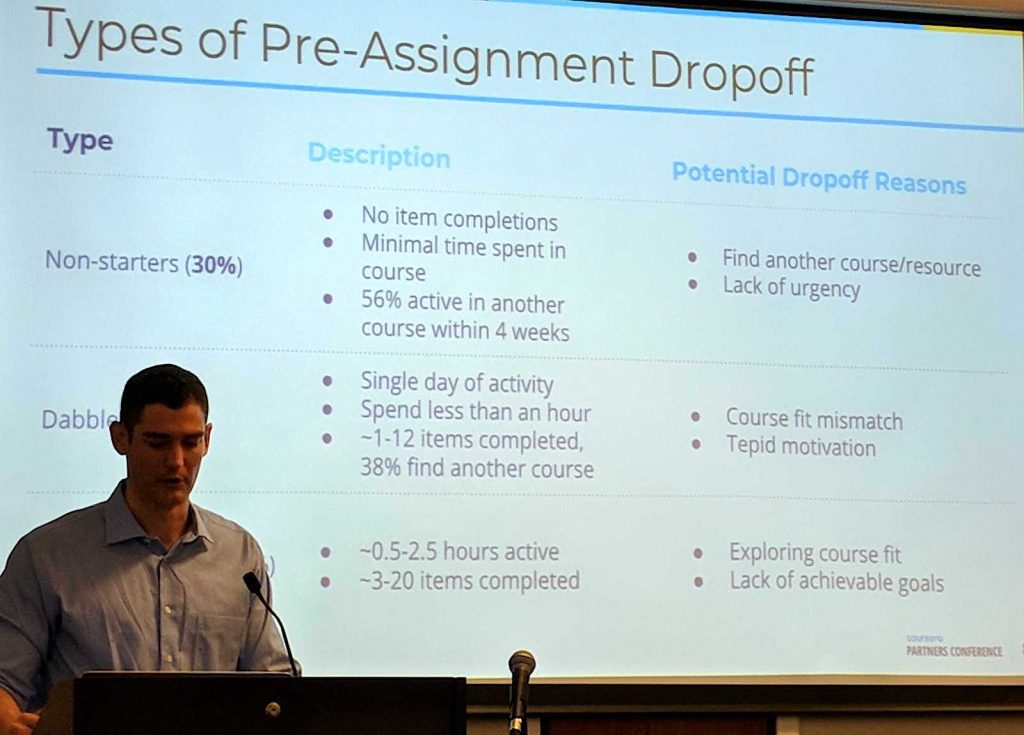 Using these machine learning algorithms, Coursera can automatically identify learners who are at risk of dropping off and figure out how and when to intervene. These interventions are primarily messages like emails that get automatically sent to learners when they do something that suggests they are going to drop off in the course.

During their recent experiments, Coursera sent 1.5 million of these messages per month. One of the messages increased module completion by 10%. Coursera is continuing to experiment with these nudges by letting learners customize the messages they receive by adding goals (ex: I want to watch all the course videos; I want to complete the first assignment). 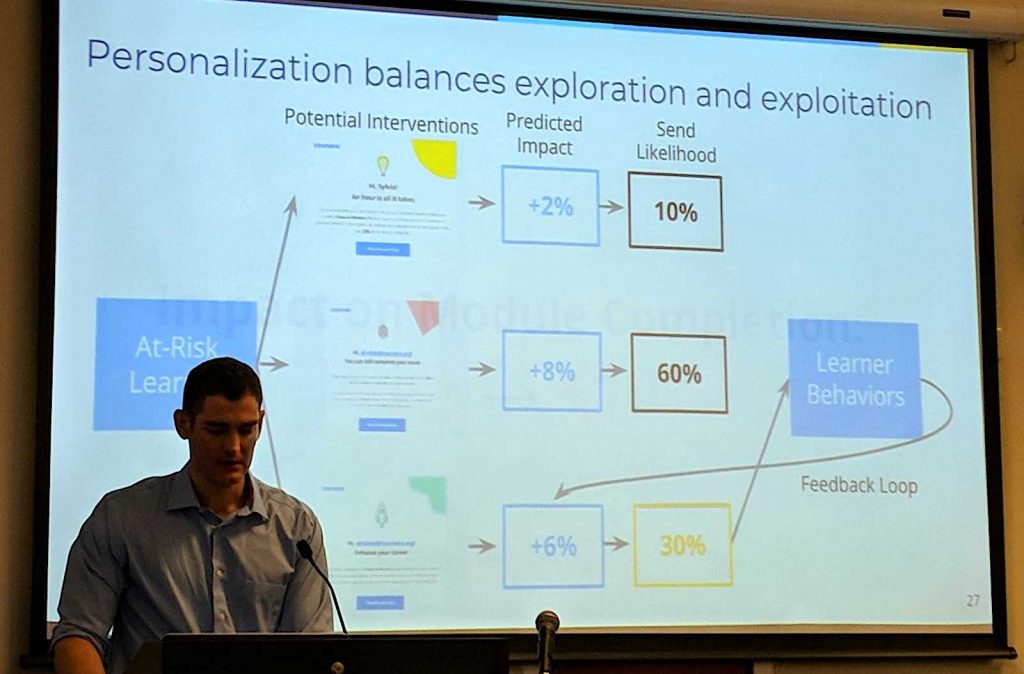