What’s up all, it’s your boy Alex, back with some more note taking tips. I was going to try to keep talking like a new YouTuber for the whole article but I’ll spare you the suffering. Anyway, this time we’ll be looking at the most relaxed, low-stress method I’ve covered yet: The Flow Method.

The Flow Method certainly has its drawbacks, but I’ll keep you informed of those while I explain what advantages it does offer over some other styles.

The biggest difference between taking notes with The Flow Method and other methods is that most of the other ways to take notes focus on studying and learning the material later. The Flow Method, on the other hand, is all about learning the material as you take the notes. It makes sense, right? Why should you spend an entire three-hour lecture taking notes, and then still have to learn that stuff later, on your own time? Wouldn’t it be better if you could leave the lecture with some notes and most or all of the knowledge?

Think of a child who has memorized their favourite book: do they actually know how to read? In the same way, simply copying down a bunch of things said in a lecture doesn’t mean that you’ve learned anything, it could just be that you can repeat what was said. Obviously, your goal should be to learn, not to simply be able to repeat what you heard. In your important classes, anyway… 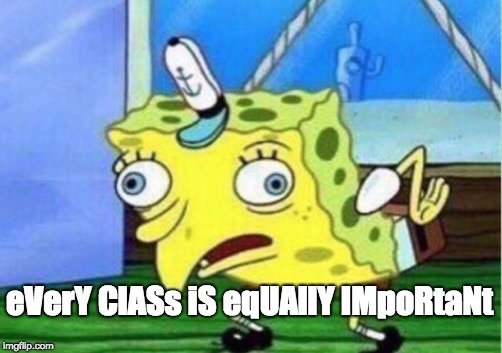 The Flow Method is a creative process where you add your own ideas and connections to the content of the lecture. It shares a lot of similarities with The Mind Map Method, except when you use Flow, there’s less organization, hierarchy, or rules. Still, while the core structure might remain the same, such as bubbles with big ideas and lines that connect these bubbles to other smaller ones, the things that you write will be different. This is because you should be aiming to write things in your own words and coming up with new ideas so that the notes can be part you, part professor.

So, you will use a similar structure to Mind Map note taking. Check out my article here if you have any questions about that. However, instead of just copying down what the professor is saying in that structure, try to think for yourself!

If this type of notes sounds weird, crazy, or just like it would be hard for you to use, here are some suggestions for working it into your current style:

Now, you’re probably saying, “This does sound super chill. But do I really want to be super chill while searching for success in my educational career?” Yeah. You’re definitely saying that. You’re a keener, I can tell. Well, you might be right. Flow notes do have some weaknesses. Most importantly, taking notes in this way won’t allow you to copy down as much of what was said or covered in the class specifically. This could cause you trouble when you go back to study.

If you can, you could record the class so that you can refer to the recording to clear up confusion when studying. Or, you could take notes in a more detailed format and then turn them into Flow notes later as a way to help to cement the knowledge. Plus, if you’re in a traditional class that has a textbook which covers all of the material, the lectures aren’t as important anyway. In that case, you could use the textbook to clear up any problems with your Flow notes.

Clearly, this method of taking notes will probably never be the only way for you. However, the biggest strength of taking Flow notes is that you can turn passive listening into an active behaviour. Instead of just having the words wash over you and trying to collect as many as you can to study later, you’ll be engaging with the topics and making your own connections. The Flow Method of taking notes can help you to truly learn in a lecture, reduce your study time, and make you that helpful kid that can explain stuff to all the lost sheep around you. Not too shabby, right?

So, if you’re looking for a more relaxed way to take notes, or if you feel like you never really learn anything during a lecture, The Flow Method might be for you. Draw shapes, symbols, connect lines from one idea to another and back to a third, do whatever works for you! Add in your own ideas, rephrase the taught material, and you might be able to turn a lecture into three hours of actual learning. Just make sure that you don’t leave yourself unprepared when study season comes around!