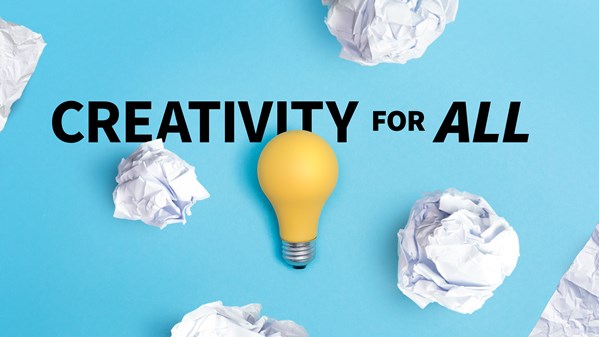 – Over the last few episodes, I’ve talked at length about the role of impulses in the process of creativity, and in the last episode I introduced the idea that you are the biggest obstacle to your own hearing an exploitation of those impulses. To put it simply, there is a wacky part of your brain that generates all sorts of creative content, but then there’s a rational, upstanding, responsible part of your brain that squashes all of those ideas. So I’m going to show you an exercise right now that will hopefully tie up that rationale, upstanding, responsible part of your brain, so that the wacky part can be heard. It’s a writing exercise. You need either a pen and paper, I’m going to do it here into this computer just because I can type faster than I can write, and I want to get through this as quickly as possible. So the exercise if very simple. You sit down, you clear your mind, and you’re going to write a story. The problem is you’re going to write a story while you are counting out loud backwards from 100. Try to keep a rhythm to the counting, so it’s going 100, to be 99 that you try and try and keep this. I can’t even talk and do it at the same time. Anyway, you’re going to try and keep up that rhythm, and then you’re just going to write a story. Few pieces of advice about the story. Don’t try to think about it, don’t try to be clever. It doesn’t have to be a funny story. It doesn’t have to be anything at all. You’re just going to write what happens. Try to avoid using the word store, and maybe we’ll come back to that later. Alright, here we go. I’m not going to go all the way to zero, cause that can take a while. I just want to give you a hint of what this is like. Oh boy. 100, there was, 99, a guy, 98, who, 97, went, 96, fishing, 95, with 94, 93, eels, 92, in, 91, uh, 91, where was I, eels, eels 91, the sink, 90. He found, 89, that he, 90, 80, 88, didn’t like, 87, to eat, 86, bedsheets, 85, because 84, they, 83, itch, made him itch, 82, and so he, 81, stopped. I’m going to stop there. You get the idea, so the story. There was a guy who went fishing with eels in the sink. He found they didn’t, I wasn’t typing very well. He found he didn’t like to eat bedsheets, because they made him itch and so he stopped. I’m going to be selling the movie rights to this story very soon I’m sure. The point is that I’m not after a great story. The point is that I don’t know where eels came from. I don’t know why he was eating bedsheets. I don’t actually care about this story. It’s the process of just letting these words come out, and being surprised by them. Those are your impulses. Eels was an impulse. The bedsheets was an impulse. The reason I said avoid the word store is because you’ll just very often find that you’re talking about people going to the store. So if you just, I don’t know why, that’s just something that comes up a lot. If you leave that word out, it’s a little bit easier. Maybe that screws up the exercise a little bit, because I’m censoring myself. I just find that I like having that one boundary in there. This is an exercise that as I said gets easier with practice. It gets to where you can just race through it, and get all the way to zero. It’s an exercise that’s worth doing repeatedly for a while, because that wacky part of your brain, accessing it is a muscle. This will strengthen that muscle. It will get easier to tune in to those impulses, but there’s another part of it. I don’t know if I’m speaking faster right now, but this exercise is a total brain fry. It wakes you up. I have a friend who was in medical school, and she said that before every big exam, she would do this exercise for about five minutes, because boy then she was just on. So give this a try. One of the nice things about it is you can do it in a room, by yourself, away from everybody else, so you don’t have to think about the social pressures, and the embarrassment, and that kind of thing. Try it for a few days. Don’t just try it once, and then give up on it. Try to do it regularly, because again it is going to to develop, and it is going to allow that wacky part of your brain to start speaking to you in a way that maybe you can hear.